For me the 2016 golf season is over.  I don’t like playing when the temperature gets below 10 degrees celsius so its time to pack away the clubs and recap what happened in 2016.

Before I get to the 2016 data here is a brief overview of my handicap numbers for the last couple of years:

As indicated in an earlier post I entered  my scores into the Golf Canada Handicap System using the hole by hole format, and I added a few basic stats, those being, number of putts and fairways hit.

Based on that the system generated considerable data.  The first screen shot shows the results for  “all courses”  while the second and third screen give the results for Bridges and Wildewood the two courses where I play the majority of my games this year.

(You can click on the screenshot to enlarge them for easier reading.) 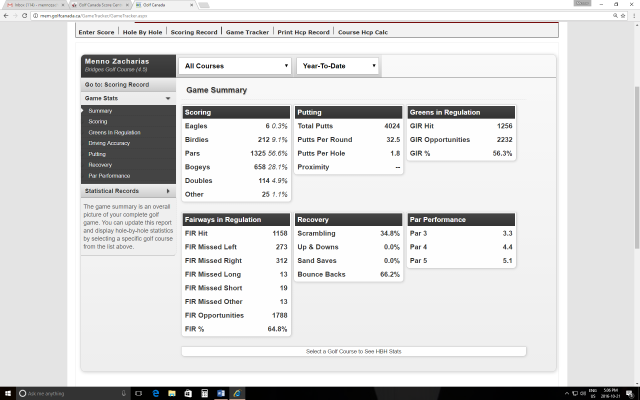 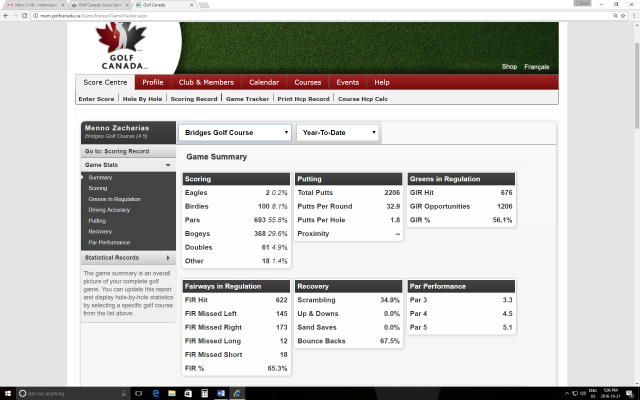 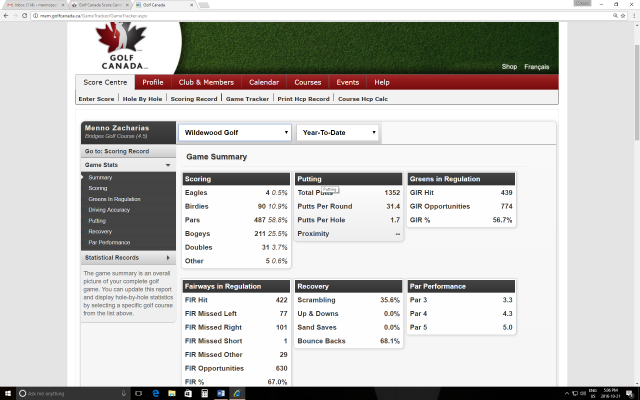 In subsequent posts I will attempt to interpret the data and determine  if and how it can be used to direct practice, approaches on the course and hopefully overall game improvement.

Before I present the statistics  captured on the Golf Canada site for the rounds of golf I played in 2016 season I will provide a very brief explanation as to how to go about entered your scores and related information to be able to capture this information for your game.

Go the to Golf Canada site and click on “enter score”.  When you do this the following screen will come up.  (click on screenshots to enlarge) 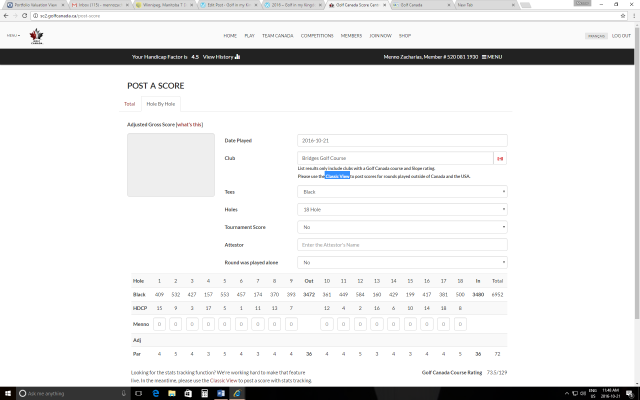 When this page comes up click on the “classic view” which I have highlighted in blue.  When you click on the classic view link the following page will come up. When it does, click on the ” hole by hole ” and “include statistics” boxes. 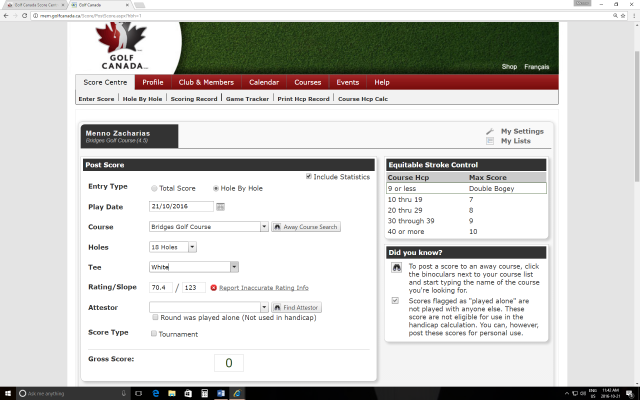 This is the bottom portion of the score entry page that comes up which allows you to enter not only your hole by hole scores but also a variety of other information. For 2016 I entered the hole by hole score, numbers of putts, and fairways hit in regulation. 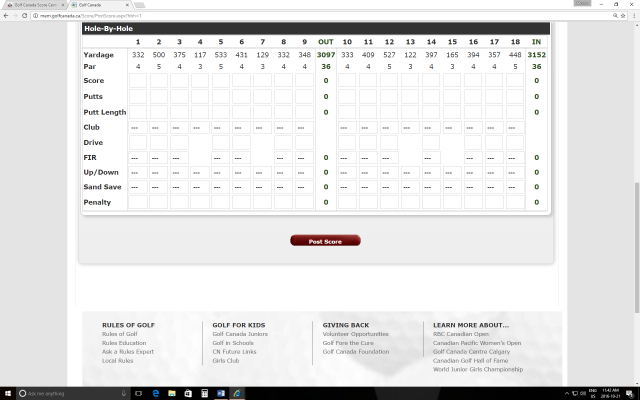 In the next post I will outline the type of data that is generated when this very basic information is entered into the system.