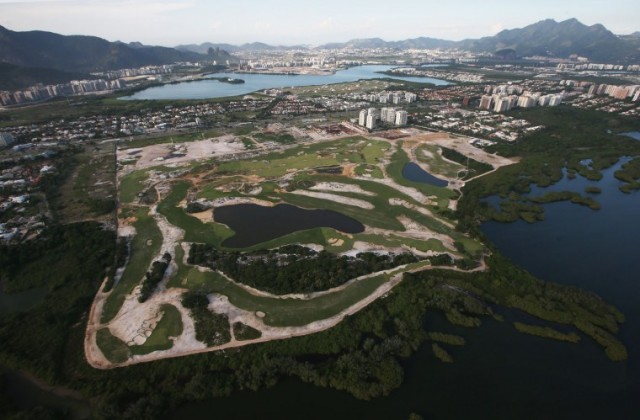 Golf has only been played at the Olympics on two occasions: 1900 in Paris, France and the 1904 Summer Olympics in St. Louis, Missouri.

After an absence of 106 years, golf will once again be an Olympic sport this summer at the 2016 Olympics in Brazil.

Who is the defending champion?  Well its Canada of course.

The individual gold medal at the 1904 Olympics was won by George Seymour Lyon of Canada.

In 1908 Lyon went to London England to defend his Olympic Gold title but golf was removed from the Olympics because of a dispute between English and Scottish representatives over the format of play (Lyon won the title in St. Louis at match play).

Who will defend the title for Canada

The field for the Olympics is restricted to 60 players in both the men’s and ladies divisions.

Eligibility will be determined by the World Golf Rankings.  The top 15 players on the world rankings are eligible to play, the only restriction being that no country can have more than four players.

In the case of Canada those two players based on the rankings as they stand today would be Dave Hearn (ranking 38th) and Graham DeLaet (41).

Based on the current standings on the women’s side,  Canada will be represented by Brook Henderson (9) and Alena Sharp (38).