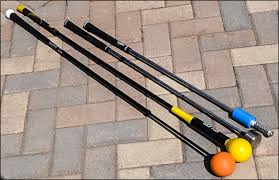 Golfers are very susceptible to advertising and the companies that manufacture golf equipment and golf related gadgets have learned to play golfers like a fiddle.

The biggest selling features for new equipment and gadgets are expressed in these three words: higher, longer, straighter.

Let’s look at ‘Harry’, a typical amateur golfer.  Harry is a few years south of middle age and has reached the stage in his golf career where he realizes he will not be a professional golfer (scoring in the low nineties just won’t cut it on the tour).  No matter, Harry still wants to hit it higher, longer and straighter.

He has tried taking lessons and has purchased some on-line instruction packages that virtually guarantee to make him a better golfer.  Alas, Harry is still shooting 93.

Now understand Harry hits it pretty long.  Once when he was 35 he hit a drive 265 yards, with a nice little 5 yard draw that ended up in the middle of the fairway and rolled out nicely.  So in his mind Harry knows he can hit the ball 270 yards if he catches it just right and the wind is not blowing.

It must be the equipment he is using.

Like all of us Harry watches the Golf Channel and has seen all the infomercials.  Tees that will make the ball go 3 yards farther.  A practice harness that will eliminate his slice and with the slice gone give him an extra 15 yards.   Shoes that will impart latent energy to his feet, that’s good for another extra 5 yards.  Then of course there are those balls, the shiny lime green ones that according to the testimonials on the infomercial ‘added at least 20 yards to my drive’.   Then there are wedges that will do everything – you know, the ones that guarantee you will never leave another shot in the bunker and that make chipping from off the green a breeze and that after hitting them just once feel as though they had been in your bag forever.   And of course those irons and the driver that make the ball go an additional 30 yards.  And lastly of course that gadget, the ‘swoosh’ or whatever it was called.  Just swing that thing 10 times prior to playing and your drives were sure to go an extra 30 yards.

Because Harry plays on a course where many of the par fours are just over 340 yards he decided to pass on the ‘swoosh’.

With the addition of the ‘swoosh’ he would just end up hitting too far over the green on the par 4’s.

Having spent just over a thousand dollars Harry went out and shot….you guessed it, 93.